Commissioned as an Ensign in the United Sates Navy in 1996, Jill Rough served over seven years as an active duty Surface Warfare Officer. Her sea tours included the USS BLUE RIDGE (LCC 19) in Yokosuka, Japan and Amphibious Squadron SEVEN embarked aboard USS BOXER (LHD 4) in San Diego, California. In 2000, she was selected to serve as a military fellow at the Center for Naval Analyses (CNA) in Arlington, Virginia. While at CNA, she participated in both qualitative and quantitative studies focused on Expeditionary Warfare policies and programs. Following the September 11, 2001 attack against the Pentagon, she was re-assigned to the Chief of Naval Operations Strategy and Policy Division (OPNAV N51) to help reconstitute the division after the tragic loss of many of its personnel. During this time, she worked closely with Navy and joint personnel on the establishment of U.S. Northern Command.

While in graduate school in 2004, she worked as a security and defense intern on Capitol Hill learning the "ins and outs" of how the legislative branch influences national security policy. She also managed the research and operations of an open source homeland security newsletter for a private sector company. After earning her masters degree, she worked as a research assistant at RAND Corporation supporting several projects - primarily a year-long study of U.S. Army operations in the wake of Hurricane Katrina. Her time at RAND inspired her to return to school for a multidisciplinary doctorate degree.

In 2006, she began work towards her PhD in Public Policy at George Mason University. While at George Mason, she was a research assistant with GMU's Terrorism, Transnational Crime and Corruption Center studying transnational security threats including WMD smuggling, human trafficking, and organized crime amongst other assignments. Combining her interest in national and international security affairs, her dissertation research focused on the mobilization of the Army National Guard personnel during the War on Terror and the impact that reserve force utilization has on U.S. public support for war.

In 2012, she was recalled to active duty in support of Operation ENDURING FREEDOM and served as the Production Manager of the Combined Joint Intelligence Operations Center - Afghanistan in Kabul, Afghanistan from September 2012 to August 2013.  During this time, she led 57 analysts in the collection, production, fusion, and dissemination of over 55,000 intelligence products to over 23 senior leaders, including representatives from over 11 Coalition nations.

In 2017, she assumed duties as the Director of Research and Analysis for the National Commission on Military, National, and Public Service, an independent Congressional commission which will review the selective service system as well as consider ways to increase the participation of all Americans in various forms of service. 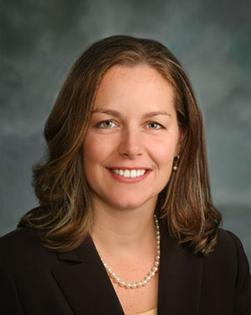